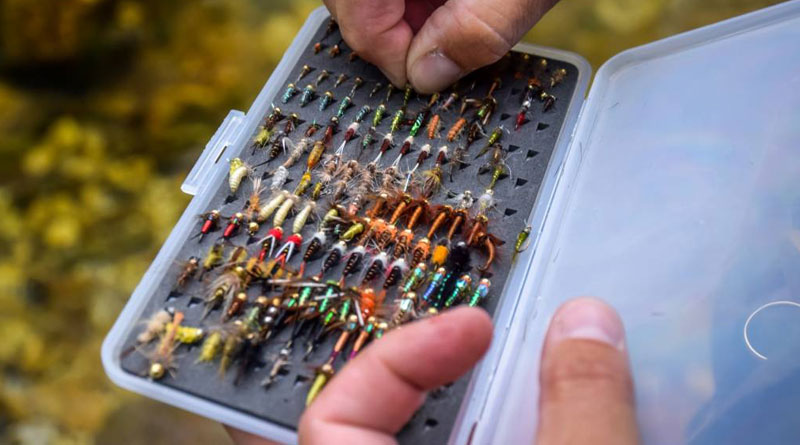 In winter, fly fishing is not the main attraction for those who love this elegant sports fishing. We can probably find reasons for this in the extremely reduced activity of fish, cold weather, spawning period of the most important fly fish and the unfavorable (elevated) water levels of fishable streams and rivers. The coldest season is best spent at the bench, tying artificial flies. What types of flies do we know at all? How do we differentiate them?

According to written sources, fishing with wet flies goes back far into the history of fly fishing. Wet flies are a type of artificial fly that sinks into a water film, and water currents can pull them deeper into the aquatic layers. This group includes flies that only sink in the water, regardless of the development rate of the insect that they imitate.

Historically, these are first artificial flies, which is due to several reasons. The main thing is that the hook-making technology was not at one time at the same level as today. The hooks were cumbersome and heavy, so making flies floating on the surface was almost impossible. The first fly tyers, in addition to the production itself, also dealt with various practical issues, such as suitable tying materials or the accuracy of an imitation of an insect. Depending on the method of tying the artificial flies, there have already been various groups in the past. Some swore on a more tougher, but more practical binding, others advocating the principle of strict imitation of an insect in its natural state. 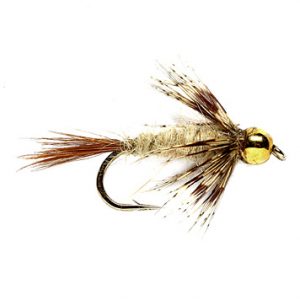 Soon, anglers found out that fish mostly feed below the water surface. In particular, in the mid-19th century, local fishermen developed a famous school of fly fishing in English chalk rivers. When fishing with larvae, they became true masters, although not without difficulty. In those times, fishermen were divided into two groups. The first advocated only the use of a dry fly, while the others resisted such a purism, and its followers liked to fish with nymphs. In the latter case, the artificial fly imitates the early stage of the development of a water or bypass insect. The nymphs or the larva in the water is more or less rapidly sinking, and the fisherman can cast towards a current, over it or downstream. The difference between wet flies and nymphs is also in the fishing mode. With the first, anglers were mostly fishing with a stream.

The nymphs are extremely successful in fly fishing, with the fishermen probably catching most of the capital fish. They can be roughly divided into the realistic and imaginative group. The first imitates a natural insect, others are the fruit of human imagination, most often they are more colorful. 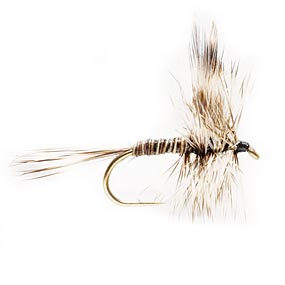 For many fly anglers, fishing with dry flies is a unique experience, as the whole event takes place before the fishermen’s eyes. Fish and fly meet on the surface, and this is exactly what gives anglers immense pleasure.

Dry flies do not have such a long history as nymphs or wet flies. In fact, their development only started with the Industrial Revolution, when many inventions made it possible to produce them. For the production of dry fly, we need thin and high-quality hooks that are light. We must also have a thin tippet that allows the dry flies not to be drawn below the surface. For a good dry fly, we also need quality tying material, such as a great cock feathers, and a substance that helps them stay dry.

Dry flies are used when the fish rises to the surface, from which various insects, smaller by-pass animals, and other goodies are being taken from. Good visibility is of great importance for fishing, as the fisherman must see the bite, and then strike it to fight the fish. One of the main advocates of dry fly fishing was Englishman Frederic M. Halford, who even chased fishermen who were fishing with nymphs. 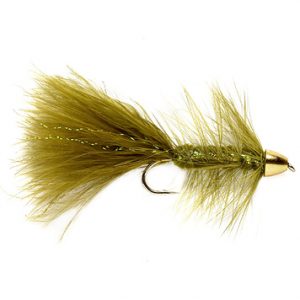 Streamers are artificial flies, which literature always mentions at the end. The reason probably lies in the fact that the streamers do not actually imitate the insects, but the variety of water and by-pass animals. Among them, fish, leeches and even mice are the most common. Many fishermen think that fishing with streamers is not actually fly fishing. We think that such a division is not in place. Ultimately, the fisherman uses fly tackle and fly accessories – rod, reel and a fly line.

Streamers are generally larger and heavier, and we use them to catch larger freshwater and sea fish. That’s why the fishing tackle we use should be stronger. When fishing with streamers, fishermen are most often using rods that are marked with category 6 or more (according to the AFTM classification). For deeper areas, sinking line is suitable, otherwise floating. Fishing with streamers is almost always done so that the fisherman casts it, then pulls it to himself in a way that evokes the movement in the water. With streamers, we can cast up the stream, over the current and downstream.