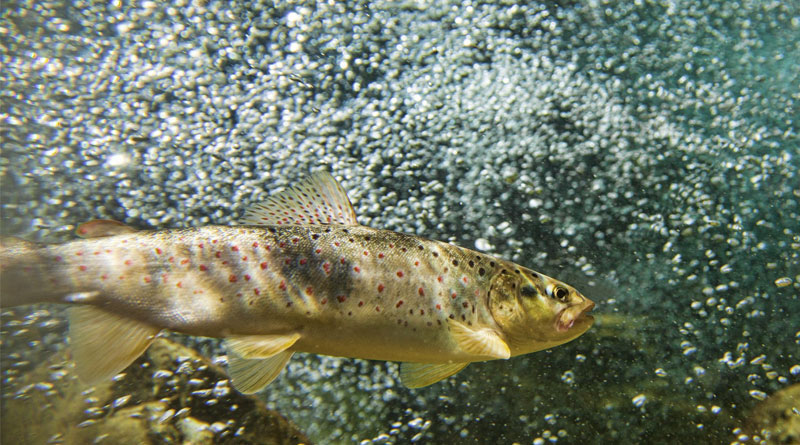 Apart from putting a weight on the tippet, the best advice would be to cast upstream and to use weighted nymphs. Let us check out these two methods.

Such fishing is always good, as we spook out less fish than if we are fishing down the stream. In case of upstream casting, along with the fly itself, the tippet flows more naturally which causes the fly to act better and it goes deeper too. Such a method of fishing is possible wherever the obstacles do not prevent us from back casting.

On the fly in the first stage of its production, we wrap a lead or some other heavy thread, which is then covered with feathers, flakes and the like. The fly is heavy, which is often not enough to completely reach the deep bottom.