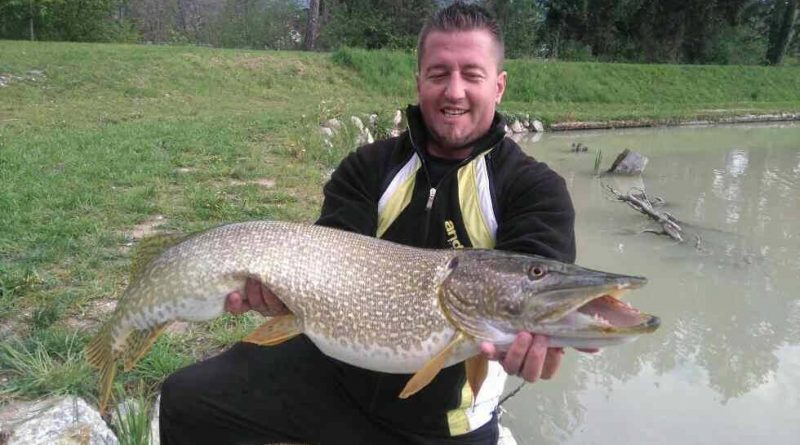 In Slovenia pike season starts on May 1st and usually lasts until January 31st. The time in-between these dates is spawning period when pike spawn. This interesting fish species is considered as fourth largest freshwater fish in Slovenia, just after catfish, huchen and marble trout.

Pike is an explosive flesh eating freshwater fish. Anglers may chase it with techniques of fly fishing and spinning. Average size is around 60-70 cm, but every year several trophy specimens are caught. Fish above 1 meter in length is considered as trophy specimen.

Type of lure to use depends on the configuration of the water. Usually different shads, wobblers, spoons and spinnerbait are used. Dead or live bait is forbidden!

Anglers may choose among various different fishing districts from rivers to still waters. Among the later, some lakes and ponds are interesting in particular. We strongly suggest looking at these fisheries: Krka, Ljubljanica, Mola, Zbiljsko jezero, Gradiško jezero. For additional info CLICK HERE.

This site uses Akismet to reduce spam. Learn how your comment data is processed.