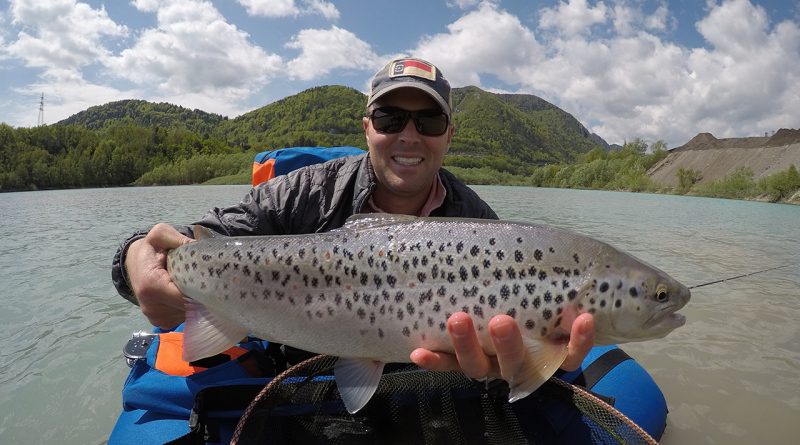 Fly fishing for brown trout is very productive in Slovenia. In general, we distinguish between chalk and alpine streams. The latter can be very productive, especially in summer months. Anglers can fish on smaller streams, larger rivers as well as lakes (and reservoirs). One of the best reservoirs is the accumulation lake Moste, filled with cold waters of the Sava Dolinka river. Lake is literally packed with large rainbow trout and brown trout.

Recently, several nice specimens were caught. The one on the picture above made a day to the one of many English anglers. After taking the picture, the fish was immediately released.